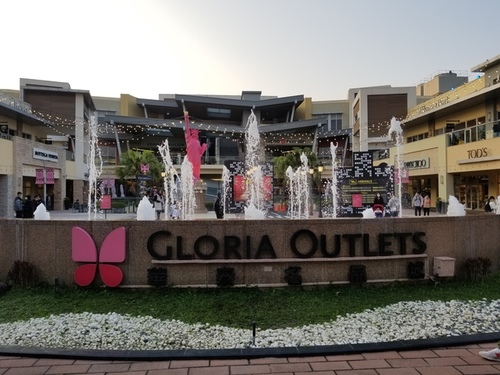 No one had any goddamn idea where to go in the afternoon. The COVID-19 hit multiple industries hard, which also made the movie theater a boring place because many production companies decided to postpone releases. Again, we reached out to the web for an answer, and Google didn’t disappoint—we found a virgin spot in Taoyuan.

I chose the coastal expressway for a more scenic drive. When we arrived, we were surprised by the sheer size of the whole shopping complex. Taking advantage of the newly issued “parking permit for the pregnant,” I promptly parked the car on a designated lot—these are usually very close to the entrance.

We took a stroll along the streets with lukewarm enthusiasm because we are generally content-minded people and, not the least importantly, our wardrobes were already full. We passed most stores with disinterest, but I could see Z was quite keen about exploring the food court. I, however, saw a Brooks Brothers outlet later and thought of my lack of dress shirts. Then we spent quite some time in there and at last I walked out with a bag that contained a polo shirt and a short-sleeved shirt. 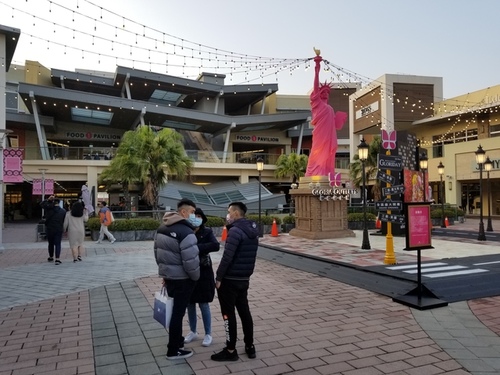 Z was looking for a big bag but the only one she was interested in didn’t quite meet her expectations.

Well, I think the goal of this type of trip is not shopping or sightseeing, but rather, exploring new places.