The same old weekend problem just kept repeating itself: where should we go in the afternoon. Knowing my wife absolutely had no idea, I knew I must come up with something or I would take the blame for the failure. This time, fortunately, the answer came rather quickly: Dadaocheng, an old-time commercial district to the west of Taipei City.

We had a relaxed walk across the renovated old streets, but couldn’t help but notice most stores were selling the same things: Chinese herbal medicine, dried food and nuts. The similarity made the district a boring place, save for some new stores, all of which, curiously, seemed to be run by young people, in the side alleys. We tried tofu pudding at one of them and the taro balls tasted fantastic. 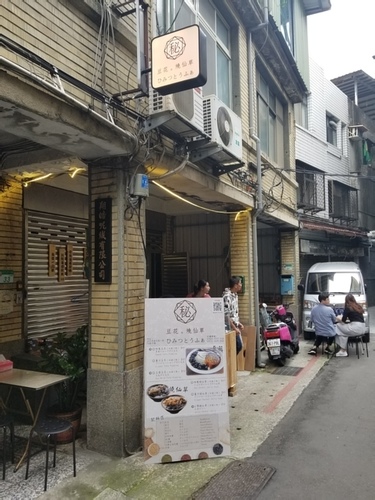 Then it occurred to me that Eddie’s new shoe store is in the same area, so I texted him, asking if he was on duty that time, and bought tofu pudding for him as well. The store is on the 2nd floor of an old building, sandwiched between stores selling dried goods. Without prior knowledge, no one would expect seeing a store selling decent dress shoes in the middle of Chinese medicine, dried food and nuts.

Eddie was bored, so I kept him company and we chatted for a couple of hours. After we left, Z and I had dinner at a teppanyaki restaurant.

Family Affair? Oh. It all started when my mom refused to stay overnight at my sister’s place. Despite efforts made to point out she was feeling sick and needed her help with taking care of children, mom was determined to sleep in her own bed. The frustration proved too much for my sister, that she reportedly suffered an emotional breakdown after getting home, and sent some messages to the family chatroom, accusing mom of irresponsibility and swore never to ask her for any help. Both were upset.

I prefer not to take sides with anyone in this family affair. Let them sort things out.