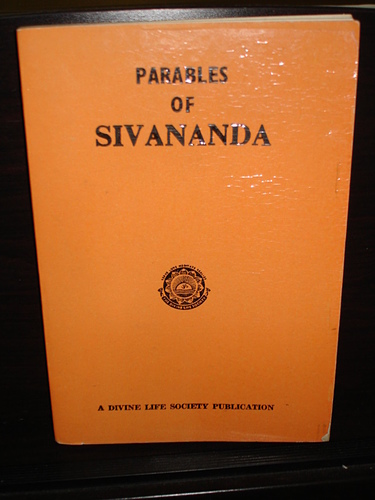 PARABLE OF THE GARDENER AND THE SHEPHERD

A gasrdener was proceeding towards his master’s house one morning, with a flower-pot on his head； and in the flower-pot was a beautiful, green plant is growing which the gardener had taken immense pains. On the way he met his friend the shepherd who was going to his house with a sheep slung on his shoulders. The gardener had not met the shepherd for some time. He greeted the shepherd with a big smile and the two began to talk. When the exchange of news came to an end, they went their way. The gardener wanted to take a look at the plant, before he entered the master’s house. He lowered the pot from his head. To his horror, he discovered that there was not a leaf left in it, and that it was all but a naked stem. The sheep which his friend had around his shoulders had eaten away all the leaves while he was busy talking to him. How could he enter his master’s house without the plant？ He. therefore. returned tp the garden, sorely disappointed.

A Sadhaka cultivates divine virtues in the garden of his heart. He has to struggle hard and exert much in order to cultivate even a single virtue. The virtue is a passport for him to enter his Master’s House, the Kingdom of God . He carries the pot of his virtues, as it were, while proceeding to the Kingdom of God . But during his journey of life here, he meets a ‘friend’， who has with him the eater of virtue, viz., vice. Contact with this friend seems to be amusing to the man of virtue. But this is costly friendship. Very soon, the virtuous man discovers that the company of the ‘friend’ has denuded him of his virtues. He has lost the passport to the kingdom of God . He has to return to this world of pain and death, sorely disappointed.

O man， beware of wrong company. Have Satsanga. You will be spiritually elevated.