Eukhyuk: When you meet a celebrity in person, who was the most shining star? 1,2,3!
CNBLUE : Rain!

Teuk: What is the word you hear most when people see you in person?
Jonghyun: “You look much better after you cut your hair.”
Jungshin: “You are tall”
Minhyuk: “You have smooth skin”
Yonghwa: “You look better on TV”
Teuk: No

Teuk: Why did you change your hair style?
Jonghyun:I thought long hair suited well for me, but it didn’t.
Jungshin: If I shift up my hair, my face look bigger.

Teuk: What did sister-in law Seo Hyun say about your new album?
Minhyuk: I didn’t meet her yet after come back.
Jonghyun: I met her at dream Concert on the way to rest room. WGM was aired the day before, so her first word was “Did you see WGM?” I answered, “Yes, it was good.” That was all. We didn’t talk about our album.
(Yong Hwa expressed with clap that she liked it.)

Eukhyuk: Singers may get tired of their song because of too much practice and repeating.
Jonghyun: We hear much more, because we perform and record ourselves. But I feel good every time I hear it.
Minhyuk: I’ve never thought that I get tired of hearing our songs.

Question #1 When do you think you want to get married?
Minhyuk: When I see friendly mood of Yong Hwa hyung and sister-in-law.
Eukhyuk: With whom do you want to film WGM?
Minhyuk: I’ve been asked this question so much these days. So I know how to get out of it. It would be fun if the production crew decided all in advance and arrange a surprise meeting with my partner.
Eukhyuk: Then I know how to pull out. If you must choose between After school and Kara?
Minhyuk: Then I will follow the viewers’ decision.
Jonghyun: Minhyuk is doing MC, his art of conversation is improved.

Jonghyun: (answer to the 1st question) When four guys are tangled and sleep together in living room… It’s creepy.
Teuk: Living room? Don’t you have bedroom?
Jungshin: We have two bed rooms. One has been Yong Hwa hyung’s since YAB, another is for managing director. We 3 members sleep at living room, sometimes with road manager as well.
Minhyuk: These days, Yong Hwa hyung sleeps at living room with us.
Yonghwa: My room is full of composing equipments, bed is at window side, I felt cold. If I sleep at living room together, I feel warm.

Question #2 If you guys have a conflict of opinions, how do you solve it? Choose one.
1. With Jung Shin’s one charming action, all conflict have gone.
2. We have conversation drinking orange juice.
3. No conflict. Yong Hwa hyung is our boss, we obey him unconditionally.
4. I just write it on my diary, never suppress my feeling.

3 persons picked #1, only Yonghwa chose #2.
Jungshin: I am not charming person, others are dry.
Jonghyun: I harass Jungshin a lot when we come home, but he takes all and he smiles being beaten.
Management staffs call us Tom and Jerry.
Jungshin: Because he is hyung…..
Jonghyun: He may speak ill of me behind me.
Minhyuk: Not long ago, we had a conference drinking orange juice. ‘If we come back, let’s all do our best. Yong Hwa hyung is so tired of managing everything, we must help him.’
Eukhyuk: Is it because of manager’s observation why you don’t drink liquor at home ?
Jonghyun: That’s one of reason, but mainly because we have schedule the next day.

CNBLUE’s recommendation #1: Orianthi – According to you
Jonghyun: I selected it. Orianthi was Michael Jackson’s guitarist. She is a powerful guitarist. The biggest thing for me is she is using the same guitar as mine. She released solo album recently.
Teuk: If you choose a woman musician in Korea?
Jonghyun: Yinsooni! Her force, I could feel her superiority. But also she was like my mother.
Jungshin: I choose Yinsooni too. Different from her force on the stage, she told us attentively that she liked our music, to do our best.

CNBLUE’s recomendation #2: Makes me wonder – Maroon5 (Jong Hyun sang along)
Minhyuk: CNBLUE’s role model is Maroon5.
Jonghyun: Each of us has his own role model. I like Maroon5′s modern ideas.
Jungshin: Maroon5 know the trend well.

Teuk: Who is role model of each of you?
Jonghyun: I love emotional band. Bump of chiken of Japan.
Jungshin: Mr. Big. I saw their drill performance. They are the collection of best technicians.
Teuk: If CNBLUE win number one at Musicbank, show me your drill performance. I want to see Jungshin bites the string by your teeth.
Minhyuk: My personal role model is Maroon5, same as CNBLUE’s.
Yonghwa: In long term, I want to be like Rolling Stones or Bon Jovi, but the music I want to do now is Jason Mraz or Maroon5.

Teuk: Tell me about the lyric of ‘Love Light’
Yonghwa: It’s my story of first love. I met her at institute. I was attracted by first sight. I could see nothing but her…We kept in touch for long time but now we’re disconnected.
Teuk: If she contact you now, would you meet her again?
Yonghwa: A first love is, good as it is. If we meet again now, it would not be the same feeling as that time.
(These days, they are asked a lot about their first love here and there, because of the lyric of Love light and Sweet holiday. It seems Yong Hwa has a faith of ‘Love at first sight’, he said many times that ‘love at first sight’ is a real(???) love)

Fan’s question: What is Jungshin’s first love story?
Jungshin: It wasn’t first love, but more like a good feeling toward her.
Teuk: You didn’t go out?
Jungshin: We did. But I am not sure whether it was love or not.

Teuk: More songs that other members composed?
Jonghyun: My songs are all in Japanese album.

Teuk: Do you target Japanese fans?
Jonghyun: Maybe my music is Japanese taste. Those songs will be included in our official Korean album next time.

Fan’s question: Jungshin, when do you remove your braces?
Jungshin: End of last year or beginning of this year.

Fan’s question: Who is best at dancing?
Minhyuk: CNBLUE’s dancing king is Jung Shin.
Jungshin: I did some over action when doing ‘I’m a loner’. Fans called me dancing king at seeing it. It didn’t look good, so I don’t do it any more.

Fan’s question: Jong Hyun, please sing a song you want to sing to your girlfriend in the future.
(Jonghyun sings Snow Flower.)

Yong Hwa: We have concerts in June.23 and 26 in Japan. July.31 in Korea. From August, overseas promotion. 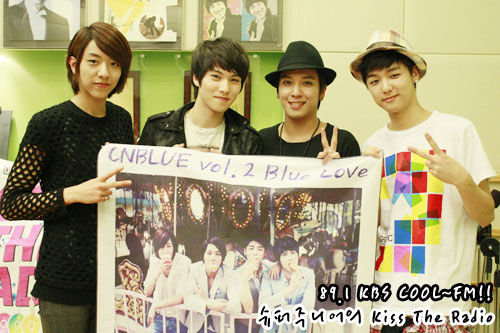 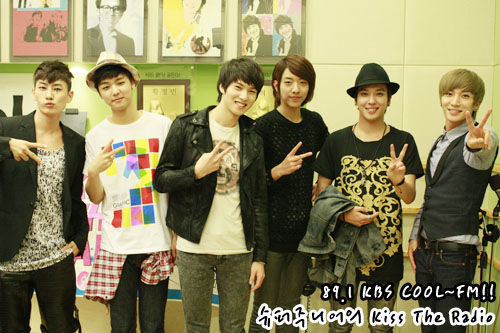 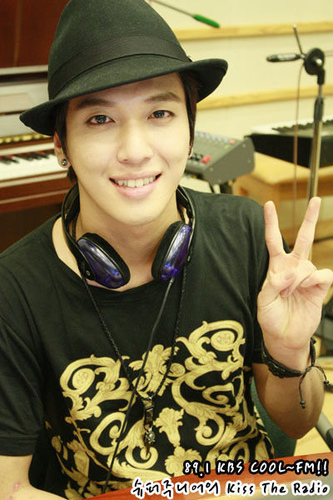 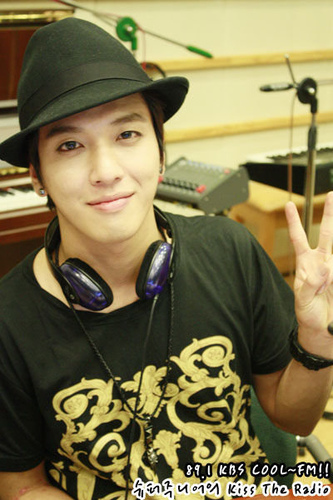 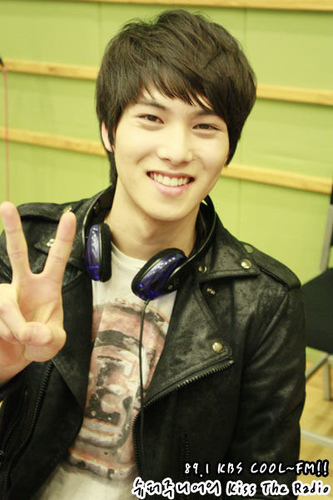 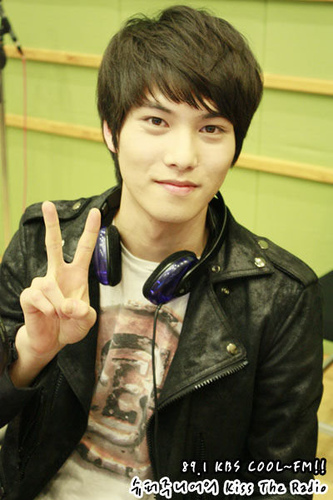 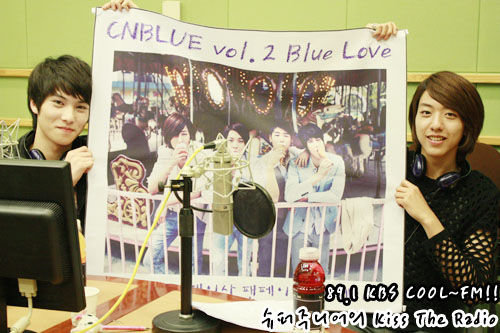