?FairyTales童話故事
On the following day, something extremely bizarre happened.

隔天早上，一樁詭異的事情發生了！
It was early in the morning, Alilang, Samira and Pinocchio were enjoying breakfast when someone knocked on their door. When Pinocchio got up to answer the door, he was extremely shocked to discover himself.......or shall we say 'Prince Pinocchio' was standing by the door.

一大早，阿里郎、莎蜜拉和皮諾丘正在享用早餐時，聽見有人敲門。皮諾丘起身應門後，赫然發現站在門外的竟是自己.....不，應該說是『皮諾丘王子』！
The others soon got up in inquiry of the cause of the complete silence, and after Adalah has announced that it's the prince, Alilang and Samira immediately bowed down on the ground. Only Pinocchio stood by the door, with his mouth wide open.

其他人聽到皮諾丘無聲無息便也起身觀望。阿達拉宣佈是王子駕到後，阿里郎以及莎蜜拉都趕緊跪在地上參見王子。只有皮諾丘嘴巴張著大大的站在那裡。
"Carpenter Alilang, may I request to have a word with your daughter, Samira, outside?" the Prince spoke.

Pinocchio immediately recognised from his actions that the man standing in front of him was actually the evil sorcerer Mamahuhu, who had turned himself into the form of Prince Pinocchio! 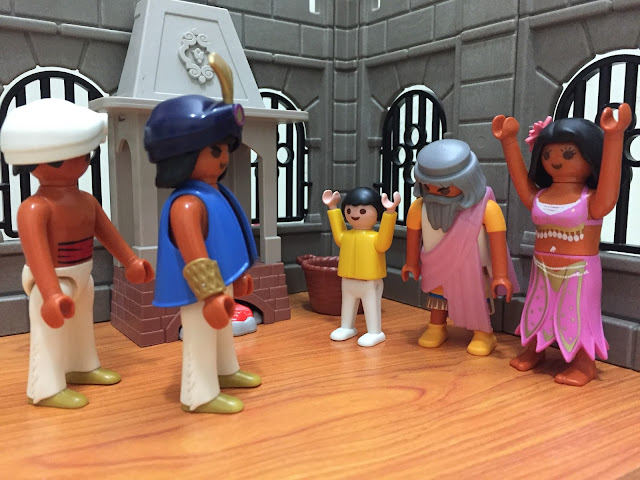 "No! Samira! It's a trick! Do not believe his words! He's not the real prince! He's a wizard in the prince's form!" Pinocchio exclaimed as he dashed forward in order to try and grab the false prince, but was instantly stopped by Alilang.
「不！莎蜜拉！那是個陷阱！別相信他的話！他不是真正的王子！他是巫師變的！」皮諾丘大叫後便衝向假王子，但馬上被阿里郎制止了。
"Don't be silly! What nonsense are you talking about? I forbid you to be rude to the prince!" Alilang scolded angrily.
「別傻了！你在說什麼無稽之談？我不准你這樣對王子說話！」阿里郎大聲斥責道。
"But....but....."
「可是.....可是....」
"No, I insist that you apologise and go and sit in the corner to think over your conducts." Alilang said sternly.
「你現在馬上道歉，並乖乖坐到角落去好好反省一下自己的行為！」阿里郎嚴厲的說。
Pinocchio, seeing that nobody would believe his words until he is able to prove his identity, reluctantly muttered an apology and went to sit in the corner.
皮諾丘心想直到他能證明他的身份之前沒有人會相信他的話，便小聲地道歉後就坐到角落去了。
"Your highness, please do forgive his impertinent behaviour! It was my fault as a father for having not taught him his manners properly. Please do not blame him!" Alilang pleaded.
「殿下，請原諒他無理的舉動！都是我身為父親沒把他教好，請別怪罪他！」阿里郎懇求道。
"Oh! 'Tis nothing!" the false prince replied, "Why would I blame an ignorant little boy like him? Samira, may we?" he said as he gestured Samira to exit the door.
「噢！這沒什麼的！」假王子答道。「我怎麼會和一個無知的小孩計較呢？莎蜜拉，我有這個榮幸嗎？」他一邊指向門一邊對莎蜜拉說。 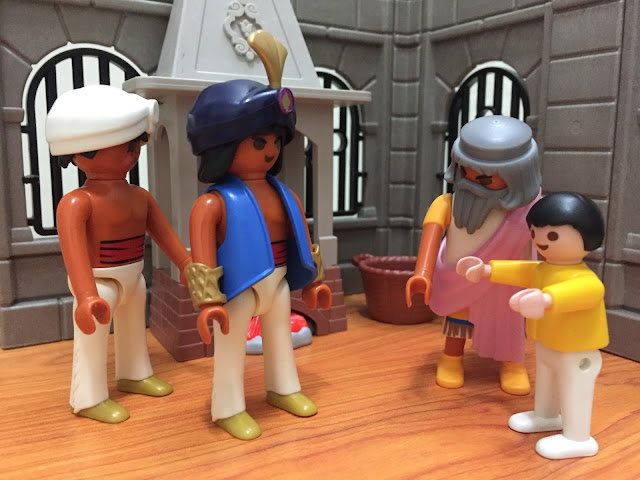 The false prince and Samira strolled outside to the garden, the latter didn't even give the prince a second glance let alone speak the entire trip.

After a while, Samira broke the awkward silence, "Your highness, is there something in particular that you wish to communicate with me? If there be none, I am afraid I will have to excuse myself and to return home, I am feeling a bit cold out here."

Suddenly, the false prince kneeled down in front of Samira and said, "Oh my dear Samira, from the moment I set eyes upon your sweet little face, my heart cannot help but to fly to your side, will you accept my love and marry me?"

Pinocchio, who was spying in the distance, had to cover his mouth to stop himself from gasping. Sorcerer Mamahuhu had stolen his words, and proposed to Samira!

"I am very grateful for your special sentiments towards someone with a status as humble as mine, and I am not completely unaware of the favours that you are giving me, including the advantages of such a matrimonial alliance." Pinocchio took in a deep breath of air as Samira replied. "However, I am afraid that I have no choice but to decline your generosity due to the cumbersome filial responsibilities of a daughter to an ageing parent. I am afraid that if I am married, my father would be all alone with no one to keep him company and take care of him."

"I understand that it makes a woman more attractive and increases her value if she declines a man's proposal the first time." the false prince responded, "So, there is no need to reply so quickly. I will come back in three days time. And by then, I hope that you will have made up your mind; and if your answer is still the same, I am afraid that I won't be able to guarantee that your life will be as peaceful as before. Adieu!" 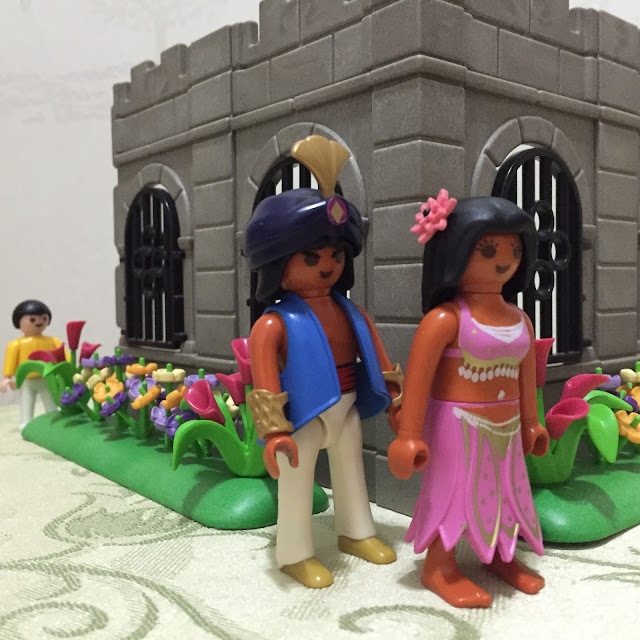