After the Spies opened the wooden door, they went into another tunnel. 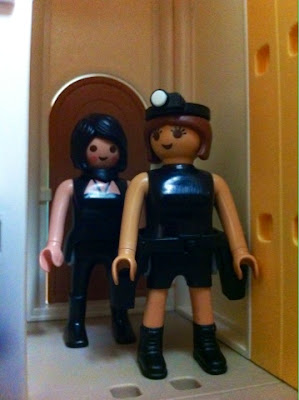 After leaving the tunnel, the Spies perceived that they've arrived in a church! There were painted glass on the walls, and the candles lit up the entire room.

Suddenly, Eliza cried: "Look! The Dark Shadow's over there!"

Only then did Claire notice that, standing beside the pastor's desk was the legendary 'Dark Shadow', who was holding a candle, slowly gliding towards them. 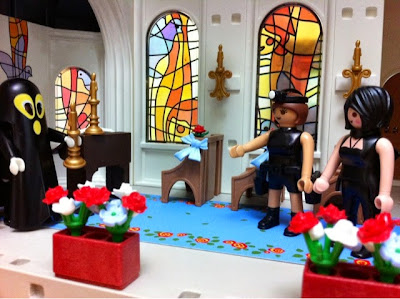 Claire and Eliza quickly seized it and flung it onto the floor. 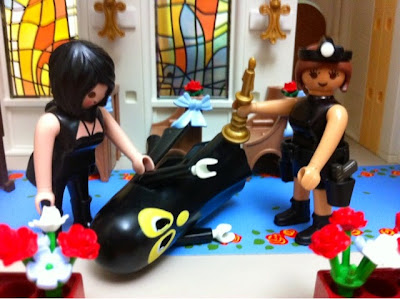 Claire lifted the black bedclothes to uncover the true identity of the 'Dark Shadow'~ the pastor of the local church! 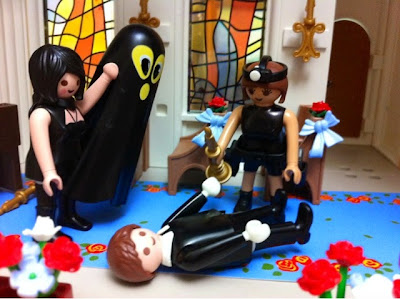 The spies quickly contacted the police, the Jennings soon arrived at the scene.

Mrs. Jennings was extremely shocked when she saw the captured person was the pastor, she exclaimed: "Pastor, it's you!? You have always been our good neighbour, when we first showed interest in the Manor, you were the one that accompanied as to take a look. There....there must be a mistake! Why would you disguise as the Dark Shadow to scare us all?"

The pastor sneered as he replied: "Huh, if it wasn't for those hateful spies, my plan would have succeeded! Actually, I am the true person that sold you Norwinger Manor, I only found a random person to be a figure and use his name to sell the house to you. And then, I disguised as the 'Black Shadow' to make you think the place is haunted so you would want to sell it in a hurry. Then, I will buy it off you in a very cheap price so I can sell it to someone else! In fact, before selling this Manor to you, many people have fallen into my trap, which I've made lots of money from. Or else, the salary of being a pastor in this part of the country is not at all sufficient enough to feed my family! I would have waited longer if I hadn't heard of there being some treasures buried under the house recently, and I wouldn't be in such a hurry to buy it back."

After hearing this news, Jennifer and her family were so shocked that they couldn't speak. The strange knocking sound they heard at night was the pastor trying to find the legendary treasure!

Mrs. Jennings asked: "Then, how did you come in and go out of our house so freely?"

Eliza said: "We don't need him to answer this question! There is a secret passage leading to Norwinger Manor from the Church and there are also many other passages inside the Manor, which he used to appear and disappear suddenly, making us believe it is really haunted!"

Jennifer's grandmother continued: "These secret passages must be originally designed for the entry and exit of servants. And now...it's used for illegal purposes!" 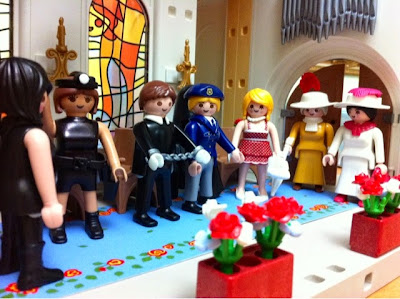 法網恢恢，疏而不漏；牧師的不法行為在經過好幾次都成功後，終於被嬌娃們逮個正著，將牧師移送法辦。難道，是神明在默默相助？
The pastor was soon captured for his illegal acts which has succeeded many times, but was eventually discovered by the Spies. Or, was God secretly helping them?
～完～
~The End~
毛貓大少爺 / Xuite日誌 / 回應(0) / 引用(0)
沒有上一則|日誌首頁|沒有下一則
回應